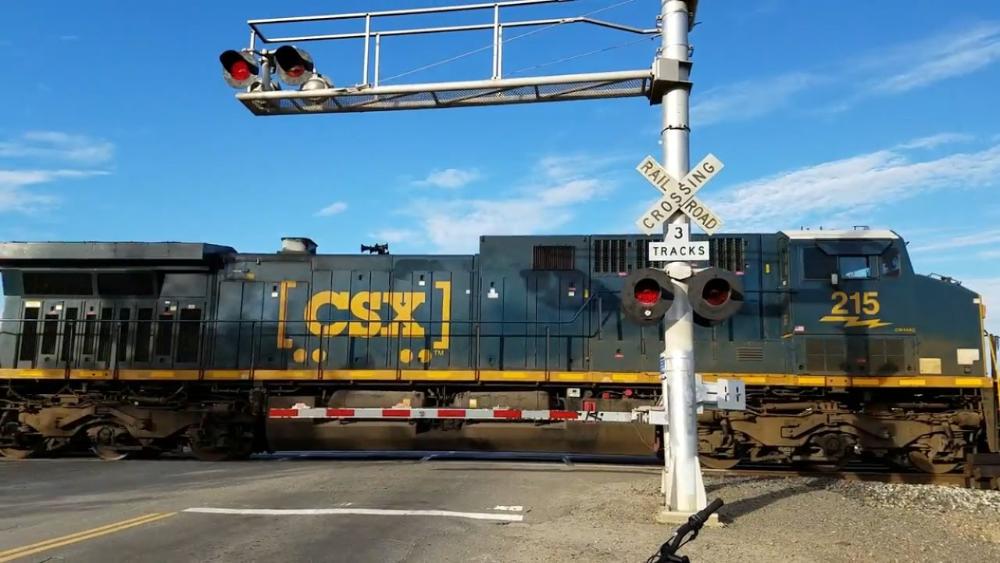 Residents of Indianapolis have noticed several changes with our interactions with the CSX lines. Among these changes are an increase of train traffic. Much longer trains. And, most frustrating, long trains actually stopping for long periods of time across major thoroughfares. Reported stoppages have come in at 2, 3 and even 6 hours parked over a street blocking traffic.
While many of these changes spell windfall revenue growth for CSX, they're also creating a nightmare for Indianapolis residents who just want to get to work, home, or to pick up their kids at school.
These things are impacting Indianapolis at a greater rate than most other cities for 2 reasons.
First, we just have a higher than average number of rail lines coming through our city. Second, because we rank among the top cities in the nation for at grade crossings. Which means, we not only have a higher than average number lines, but most of those lines intersect with our roadways forcing higher than typical interaction with all other transit modes that use our thoroughfares, whether its buses, cars, bikes, pedestrians, and even fire trucks, police cars, or ambulance.
To fully understand the situation, we first have to see a map of where these lines run.  Below is the CSX System map as it crosses Indianapolis. The light blue lines represent their tracks. 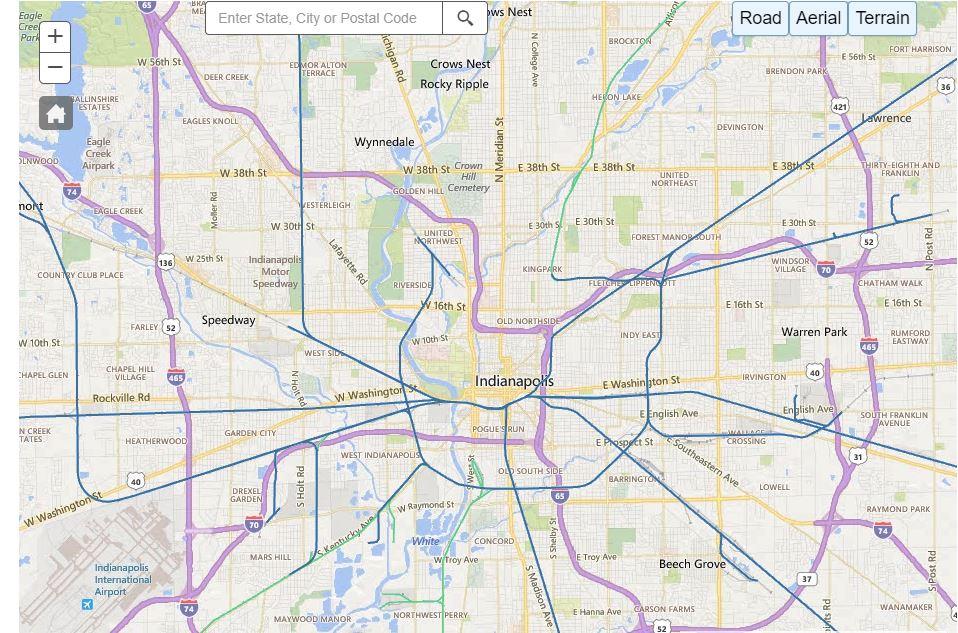 When we zoom in to the area most impacting District 17, you can see where some of our issues develop. 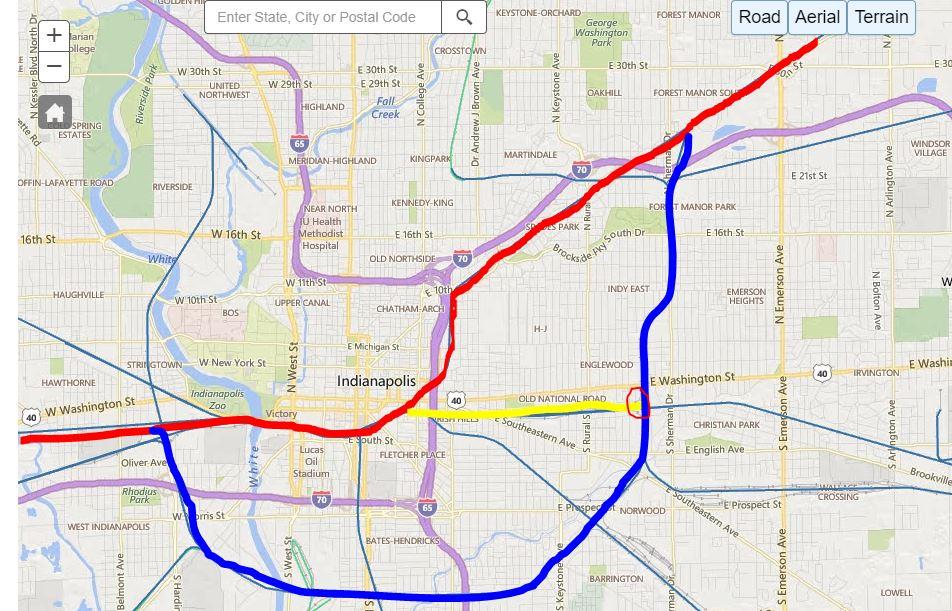 Here in red, is their current route as the trains move through downtown. The problem occurs when the trains are crossing major thoroughfares and there does not exist a bridge or other way to get over or under the tracks. So all traffic stops to allow the trains to have priority. I have lived just east of the red line above for nearly 18 years. Train and auto traffic has always been frustrating but, it's always been tolerable. Until now.  With the increase in the number of trains, combined with the longer trains, it's becoming harder and harder to residents to get from east to west, and this primarily impacts the people living on the near eastside of the city. Especially when going from the east to the west.
In the event there is a train crossing in this area, the main arteries to get in or out of downtown are Washington, Michigan or New York Streets. In that mile, there are only 3 ways to get across these tracks in a mile: At Washington St, at Market Street and at 10th Street. Both Market and 10th are 1 lane traffic in either direction. Neither are capable of handling the traffic in and out of downtown. That leaves only Washington St.
As we've seen, lately, there has been major blockages of Washington St due to construction. These have resulted in a perfect storm that have left the entire east side cut off from the city.
I do want to go over some of the other colored lines on the picture above.
In my meetings with CSX, they've explained that the red line marked above is their preferred route. They referred to it as their I-65. It allows them the ability to move the "fastest" through Indy.
So I asked about the other lines near by. For example, I highlighted a leg in YELLOW, just south of Washington St that could be used. They said, that would be possible, but because a switch (to change tracks to the blue line) is an older manual type switch (at the red circle), this would require the train to stop, the crew would have to jump off the train and manually flip a giant switch to allow the train to switch from the yellow line to the blue line. Besides the stopping of the trains, which is what we're trying to prevent, it just takes longer for them to manage.
They said, converting that switch to an electric switch, would cost in the millions.
So I wondered could they bypass the entire downtown area by switching from the red line to the blue line on the westside near Harding Street. They said, it would be possible, but if the red line is their I-65, than the blue line is like Rockville Road. They were very resistant to that idea. So I asked if they would consider it, at least during the RUSH hour. (since without fail, there will always be a train going by during rush hour.) They said they would see if they could do it but reminded me, they're trying to run a business. (As if the thousands of people whose lives stop at these tracks everyday, don't also have businesses to run.)
Some have said that moving this route out from the city center only moves the issue to another area causing trouble for another community. The fact is, the further away you are to the city center, the more likely it is that there are fewer at grade crossings. So while it does move the route out to another community, those other areas are less likely to be stopped by trains or are more likely to have a passable crossing much closer.
I can only take it on their word that they'll investigate the possibilities, but I didn't get the feeling there was much interest.
So, what does that leave us? We have a couple of things we're working on.
As most folks know, I've been working with CSX, their government relations team, our congressman, André Carson, and several State Legislators for possible solutions at all levels of government. None of which are going to be quick.
So what are these possibilities?
First, last year, the state legislature passed a bill allowing for a fund of money to be created to address the huge number of at grade crossings. Separating the rails from the roads by either raising the rail lines over the streets or digging down to allow the roads to go under the tracks. This fund won't be enough to address all the problem areas in the state but it's my hope to have an update here on how we can all advocate to the proper people so that Indy can be competitive for those dollars.
Another thing I hope will happen is that CSX will consider making the necessary upgrades to their infrastructure to modernize it, and convert their old manual switches to electric, so they can fully utilize lines that circumvent the densest part of our state rather than bisect it. Now, they say these measures are expensive. And I'm sure they are. But if they insist on boosting their profits by adding more trains and and making those trains longer, I'm sure they can afford it. 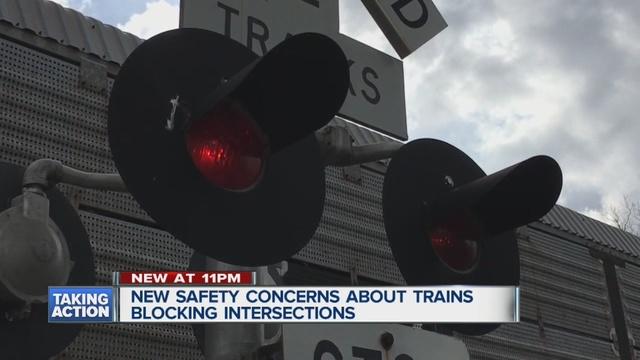 Doing a little digging, I found their 2017 4th quarter earnings are coming in higher than expectations and a $3.6B (with a B) tax reform benefit resulting from the new tax laws. Click the picture here for more analysis on that. And, as of today, their stock shares are trading at $58.95. 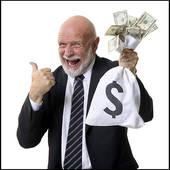 Additionally, according to Salary.com, in 2016 as Chairman and CEO at CSX CORP, Michael J. Ward made $12,016,727 in total compensation. He and the top 4 executives made a combined $26,830,617. That's $26.8 MILLION in compensation for 5 people. And that was in 2016 when the company was not doing as well.
Today,  Hunter Harrison, the new Chairman and CEO, brings in a whopping $84 Million, according to this Fortune.com article. (click here) And I'm sure he's worth every penny. But my question is, is he producing the improved productivity for the shareholders on the backs of everyday residents, in cities across the nation?
I don't point these out to target them as bad people because they're ultra rich. I only wish to point out that they have the resources to invest in their existing infrastructure. As they told me, it's a good sign to see the trains running. It represents a vibrant American Economy. And I agree. I want them to be successful. But running a business is about choices. Will you invest in your infrastructure or pile cash in the pockets of the few at the top of the pyramid. Will you line the company coffers  at the expense of the quality of life, health and safety, and the livelihoods of hundreds of thousands of working families, or be a good corporate citizen and partner with communities to minimize the impact your business has on their lives.
I don't begrudge anyone one doing well in business. As a small business owner myself, I would like to see the fruits of my labor pay off. I'm sure we would all like to be rich one day. But none of us will have the chance to achieve that if we can't get ourselves to work on time because the trains are stopped for hours on the tracks in the middle of rush hour.
CSX has asked that residents experiencing issues with the trains should file a comment on their website at: https://www.csx.com/index.cfm/about-us/contact-us/tellcsx/?ci=2&ii=1
I would ask that everyone continue to send their photos of trains stopped on the tracks with your location, date and time of day. Just so there's a record. Please send them to me here: Zach@AdamsonforIndy.com
I'm hopeful the state funding for grade separation comes through for Indy. I'm also hopeful, that, in the meantime, CSX will be good neighbors and find a way move their trains through our city efficiently and with as few interactions with the public as possible.
Our only other option would be federal intervention by our representatives in Congress.
Tweet